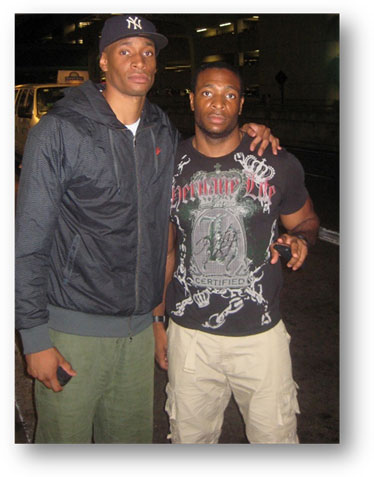 the story of his basketball journey with other kids. I even tell him he is selfish if he doesn’t because he has knowledge and power that can change another kid’s life. An incredible athletic story, his journey will inspire many other young athletes trying to succeed.

So one day, I ask my brother this question:

“If a kid came up you and asked ‘What does it take for me to play at the next level?’ what would you tell them ?”

His answer to this question would motivate ANY athlete who gets to hear what he ultimately calls his 3 Essentials to Succeed.

But before I break down what those 3 essentials are, here is a quick background of JK Willis:

Jeffrey “JK” Willis is a collegiate and professional success story that should inspire many young athletes.

Despite the numerous odds against him to making it in college and professional basketball, he did it.

Standing at 6’8″ tall, Jeffrey worked extremely hard and networked his way to opportunity.

Countless hours of practice, drilling, studying other players, overcoming an environment where coaches did not believe in him and his talents, and fueled by sheer determination, Jeffrey earned himself a scholarship, and created NBA opportunities with the Los Angeles Lakers, Phoenix Suns, and the Detroit Pistons and had a very successful All Star playing career overseas in Portugal, Turkey, Lithuania, and Mexico.

What is more impressive is the fact that he didn’t go to a major university. He began his college career at Maryville College in Tennessee before transferring after his sophomore year to Barry University located in Miami FL for a better opportunity.

From there he had a successful overseas career and doors opened up for him with the NBA for the Detroit Pistons and LA Lakers. And even though he did not make the final rosters, he continued on to have a successful playing career overseas.

So, JK’s answer to that question and the 3 Essentials that helped him get there….

“Firstly, I would ask the kid why are you NOT where you want to be. What are you doing every day to make your team better? You are either getting better, or you are getting worse every day. You are never the same.”

You have to establish three key things:

1.) Establish a work ethic of consistency. Look where you want to excel in the game and work on the weakness. Talk to your coach and ask how can I get better and what my role is, and try to become a star in your role.

2.) Make the players around you better. Add value to the intangible side of playing by helping you teammates to improve upon their talents. Be a leader by example.

3.) And the Most important thing is you have to allow yourself to be coachable and be able to accept criticism”

Having been an up and coming athlete myself, I will also tell you that those three essentials are crucial to your development as an athlete and professional.

Take it from someone like JK Willis who has been there. Do those 3 things, and give yourself a better chance at having success as an athlete. My older brother is one of the reasons I am who I am today.