“Coach I think I played the best all season tonight individually. I did my RPR drills before the game and I was feeling it. Can’t wait to see what the POD says” 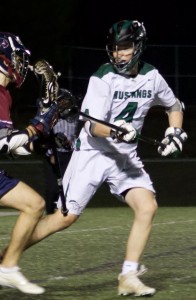 It was Monday night. I was getting ready to wind it down for bed. And this is the message get from Jacob Lee, excited about his personal performance his game that night.

For the past 10 months, Jacob has been one of the most outright and dedicated athletes at WPT.

He comes in one day late Spring of 2018 at 151 pounds with an ambitious goal of getting to 190 pounds by the fall, and wants to get faster.

By the time October hits, Jacob is weighing in at 193 pounds, moving faster than he ever has. And we had the numbers to prove it.

Back to the Monday night lacrosse game against River Ridge.

What pod is he referencing?

And the personal question that I have is how could we keep Jacob in the state of flow that he was in for his Monday game?

I would say I don’t preach this to athletes (and parents), but if I did, I would be lying.

Making time and training during the actual sport season is one of the most important things an athlete needs to do in order to maintain gains made during the off season, such as strength and speed, but also prevent injury.

Lifting APPROPRIATELY throughout the season keeps the synchrony between the nervous system and muscles efficient and ensures that the athlete is firing on all cylinders.

This is a strategy that Jacob has taken full advantage of to maximize on his performance.

2 Days before the game on a Saturday, Jacob comes in to the facility for his weekly in season training session. The amount of weights and loads he lifts, including the exercises, are extremely calculated so that he will be super compensated for the game.

This is why in season lifting matters. He went into that game in a great physiological state.

As of lately, we have also been implementing on a consistent basis Reflexive Performance Reset techniques for our athletes and fitness clients to further enhance muscle recruitment. You can read a little bit more about what RPR is here.

In short, it is like putting in cheat codes to self-activate and wake up muscles throughout the body.

Jacob has been taught to reset his muscles before practices, training sessions, and games to stimulate his nervous system and getting his muscles to fire, and most importantly, reduce and soft tissue injuries.

It’s now a part of his routine since March.

So that I can get further insight into how much activity a select few of my athletes endure during practices and games, I have them put on wearable GPS technology that maps out numerous stats for me to see.

See How the Program Works

They wear during games, upload to the cloud, I review, and see if training is working and if they have been overloaded.

Not coincidentally, Jacob was absolutely right about his performance that Monday. He knew it before even seeing his uploaded stats that he moved great.

You can see his GPS uploads on that actual game day, as well as throughout the season in the second picture where the peaks are.

On a side note, I vertical test my athletes almost weekly using a virtual jump mat that gives me an indication of an athlete’s readiness and keep tabs on their lower body power.

Jacobs vertical power has increased throughout the season, another good sign.

Tying It All In

Firstly Jacob’s work ethic and dedication is second to none. He is hungry and does what it takes, and this is really the basis for his own athletic transformation.

Second, his Monday night breakthrough highlights the importance of having a good off season, the importance of training correctly with evidence to back it up, how GPS tracking helps guide his actual training, and also the effectiveness of RPR.

He has done an amazing job over the past year and is having his best season yet. Glad that he is a part of the program.

To ALL of my athletes, great work!