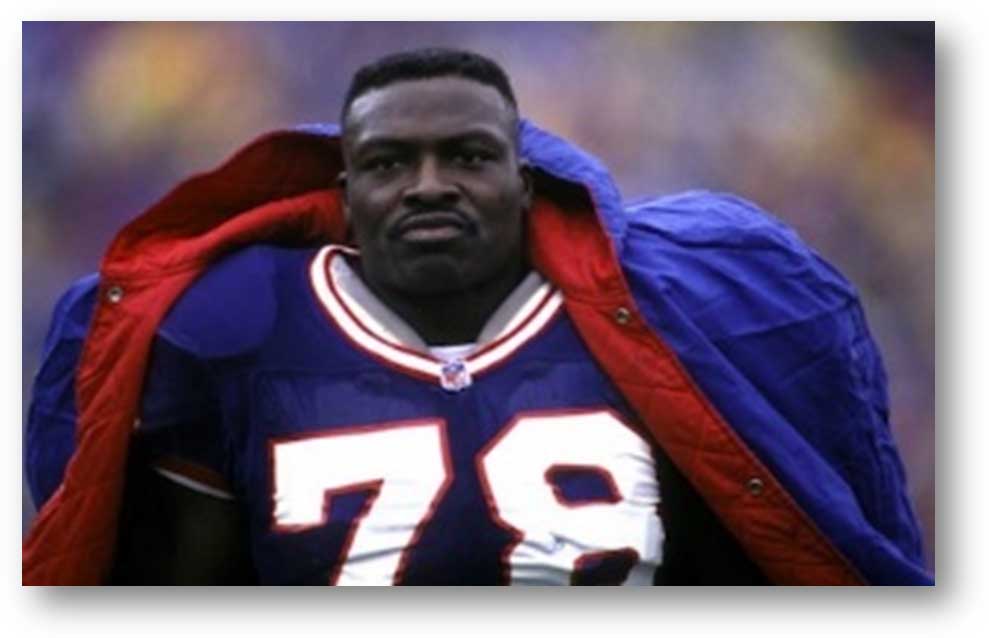 The game is changing. Athletes are becoming faster, quicker, more explosive, and powerful than ever. All across the board at every position. However, most notably on the defensive front.

Not too long ago, the average defensive lineman was heavier and strong, but lacked the athleticism of today’s players.

Today’s game requires that a defensive lineman have extreme reactive skills with a balanced combination of lower and upper body strength, speed, dynamic flexibility, a well-trained power base, and outstanding quickness.

This is best exemplified by this year’s Super Bowl MVP Von Miller, who single handedly changed the outcome of the game. 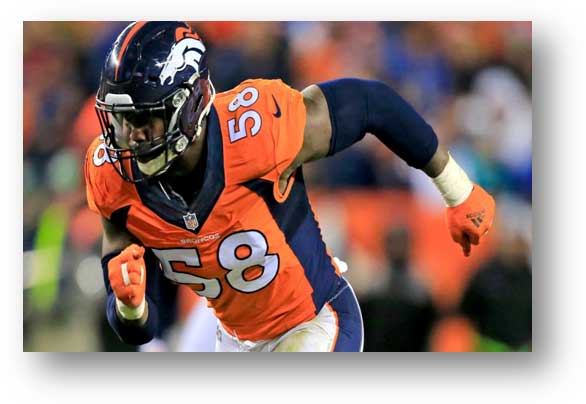 At just 6’3 and 245 pounds, Von Miller possesses a dangerous combination of speed, power, explosion, and exceptional reactive ability. He also has a tremendous balance between upper and lower body power, enabling him to be disruptive against the run, while also being a dominant force when rushing the passer.

Now, while all defensive lineman certainly do not possess all of the traits of Von Miller, each defensive lineman that succeeds at their respective roles, whether interior or exterior, possesses the physical traits that meet and exceed the demands of that position.

With this said, the various positions at the defensive front require athletes to have certain attributes to be effective players. More specifically, the defensive scheme run by teams greatly effects those physical traits that coaches look for.

However, for this post, we will predominantly focus on the defensive end/outside linebacker position.

It is a given that as an effective defensive lineman today, you need to have a mass combination of power, speed, and strength. But here are 3 other skill sets that you should master to become a standout player. 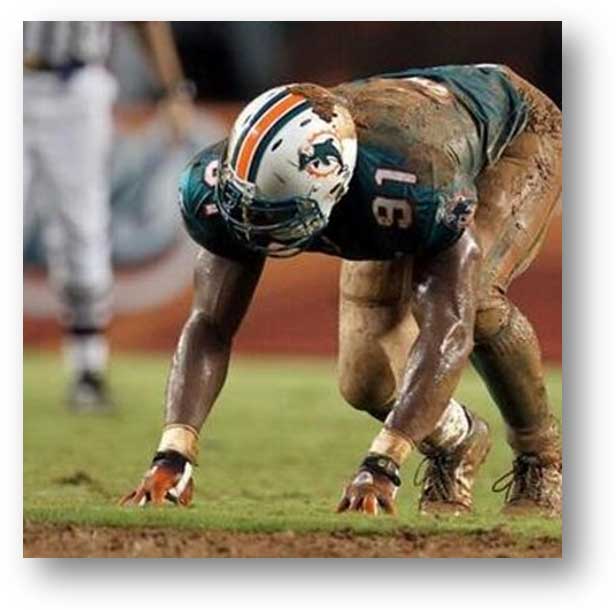 As a defensive lineman, your first step of off the ball can be the difference between winning and losing the battle. A quick first step is an expression of explosiveness, specifically demonstrating the ability to rapidly accelerate in a split second.

Having a quick first step will give you the advantage against an offensive lineman as it allows you to become a force against the run, and a force in the pass rush. This demands that an offensive tackle honor your speed, with him having to “get a jump” on you to keep you from reaching the quarterback quickly in the backfield.

A quick first step is one of the attributes that scouts look for at the next level. An athletic defensive lineman will have an explosive first step, accelerating to top speedalmost instantly as the ball is snapped, minimizing the delay between the time the center hikes the ball and it touches the quarterback’s hands.

Winning the battle at the line of scrimmage changes the game. And one of the most effective ways to do this is from beating an offensive lineman off of the ball. An explosive first step is a trainable effect that can be enhanced through specific drilling. As a defensive lineman, you should work on this every day. 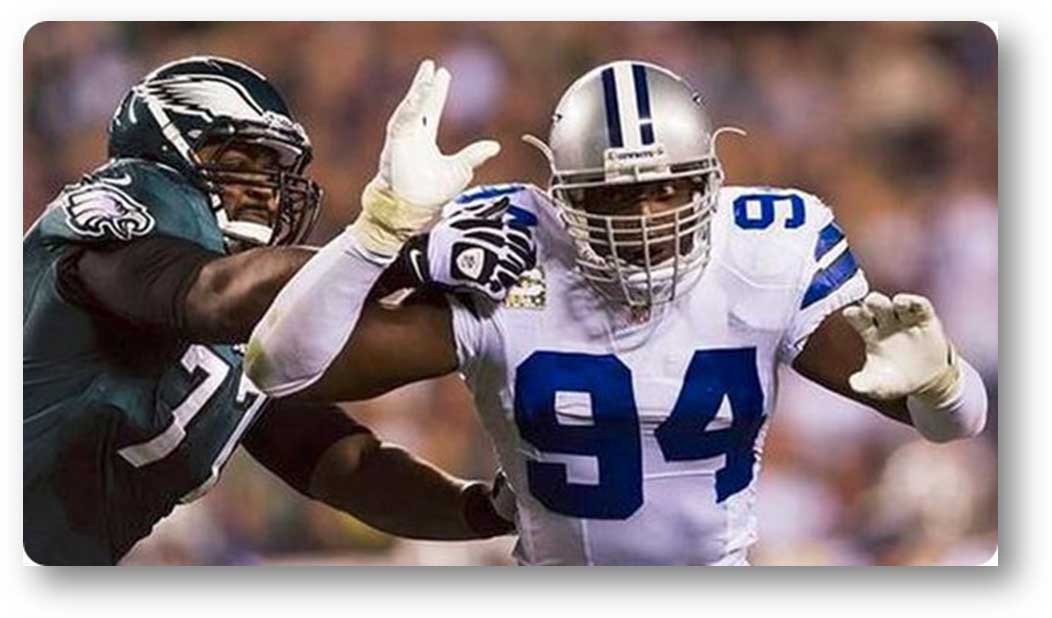 One of the most important attributes that you should constantly improve as a defensive lineman is your hands. Using your hands efficiently not only enhances your overall game, but can make up for areas where you may lack the necessary speed and quickness.

Playing in the trenches is different than most positions on the field. In the trenches, you need to have ninja like hand to hand combat skills on top of solid hand strength. And just like any other skill, this is an extremely trainable action that takes practice to develop overtime.

Typically, in a practice setting, you drill specific hand moves against a partner that is staged by the position coach. However, in a game scenario, there is no such thing as a perfect hand move.

It is all about reaction and hand timing.

When a lineman shoots his hands in an effort to latch on to you, you have a split second to react to either knock them down, or use his lengthy reach as leverage against him.

Scouts and recruiters salivate when they see this on film. Especially at the high school level as most athletes have not really developed this particular skill at this yet, taking years to develop.

We spend a significant portion of training developing rapid hand speed and technique with our defensive linemen here at Willis Performance Training giving them the ultimate advantage. 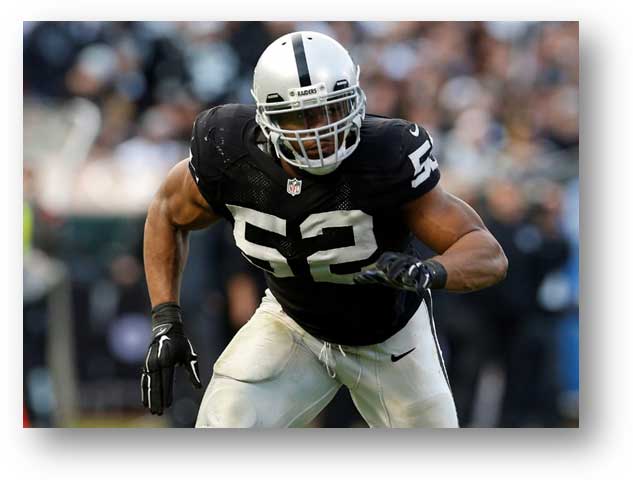 Your reactive skills are ultimately what will separate you as an effective defensive lineman.

From the highest level and down, the best defensive lineman have highly efficient reaction skills. Reaction skills physiologically are the ability for the senses to work together and produce a specific movement upon receiving an outside stimulus. In other words, it is the ability for you to see and or hear something, and respond accordingly as quickly as possible. However, as a defensive lineman, this becomes more amplified as you often work in confined spaces and must redirect in an instant when you recognize certain plays, while a 300+ pound offensive lineman is trying to stop you.

Powerful defensive lineman are able to burst, accelerate, rapidly decelerate, redirect, and accelerate to full speed in less than a few seconds. Essentially, reactive ability involves a large component of “agility”which is another highly trainable effect. And whether you are the fastest athlete on the field, if you lack the ability to know when or how to use it in enough time for it to be effective, then you are as good as slow.

Aside from the redirective aspect, reactive ability would also apply to hand timing as knocking down a lineman’s hands involves seeing your target on the move and responding appropriately to get them off.

Improving reactive abilities that involve sudden change of direction can be enhanced through drilling open skill agility drills (reacting to an unpredictable stimulus). Additionally, increasing strength in the appropriate areas in order to capacitate the sudden demands at the joints should be a primary goal in order to MOST effectively redirect.

While it is given that increasing your strength, speed, and quickness will without a doubt put you in the best possible positon to succeed as a defensive lineman, your first step, hand development, and reactive ability take those traits to a further level, helping to separate you as the prototype that recruiters are searching for, killing the old expectations of what a defensive lineman should be. As the game evolves, so does the athlete. Stay ahead.

Coach Armond Willis is founder and owner of Willis Performance LLC located in Marietta, Georgia where he develops elite level athletes of all ages and runs a comprehensive adult fitness program. Coach Willis advises high school and collegiate coaches on incorporating training programs for athletes.  Coach Willis is also a guest writer for PR Sports Performance a 100% online elite level training platform for athletes of all sports.He has authored over 5 ebooks on performance and nutrition. He is a Level 1 Certified Coach under Bommarito Performance Systems, Master Certified XPE Trainer, Certified by the International Association of Fitness Sciences, and soon to be Certified Strength and Conditioning Coach.